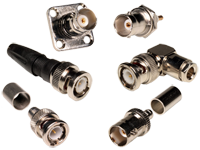 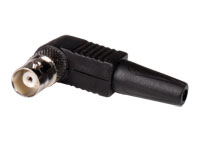 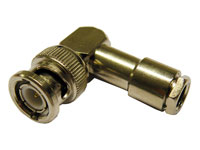 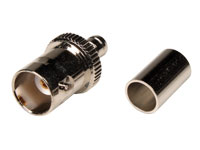 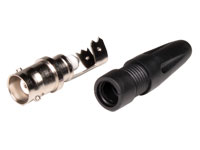 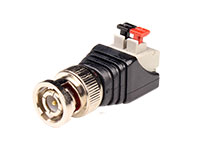 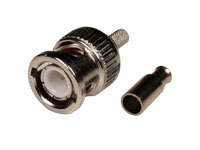 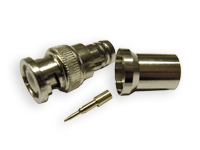 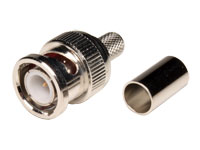 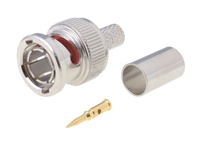 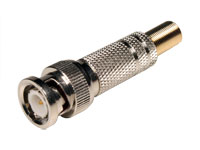 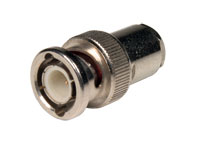 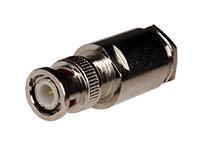 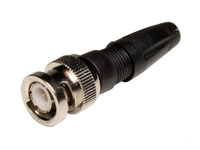 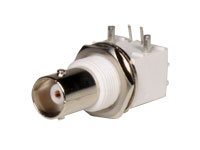 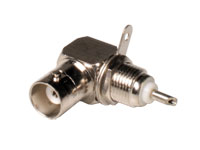 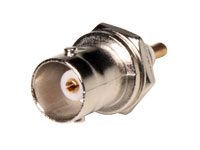 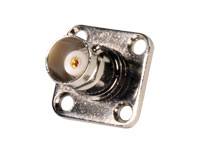 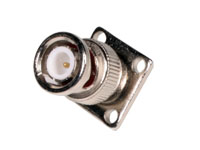 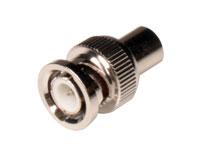 The BNC connector, which stands for Bayonet Neill-Concelman, was originally designed for military use and has gained wide acceptance in 2 GHz RF and video applications. The BNC uses an outer conductor with grooves and some plastic dielectric in each gender connector. This dielectric causes increasing losses at higher frequencies. Above 4 GHz, the slots can radiate signals, so the connector is usable, but not necessarily stable up to about 11 GHz.

At the frequencies that BNCs work, the same considerations must be made as a transmission line, so the connectors are manufactured for different impedances depending on the application and therefore also for different types of cables. The most common are 50 and 75 ohms. 75 ohms for video applications and 50 ohms for almost everything else that isn't video, but there are others like 93 ohms that are quite rare.

As for the way of connection, today the most common is crimping, for which a special type of pliers or crimper is needed, but there are other ways such as welding, screwing, quick to assemble by hand, etc.

As in other RF connectors, there is an inverted version or RP (reverse Polarity) giving rise to the RP-BNC connector where the connector pin becomes a hole and much less common miniature BNC versions.