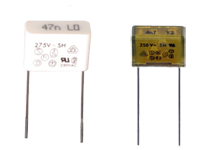 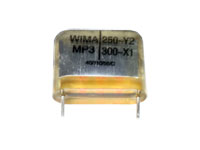 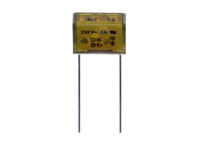 In particular the PM or metallized film capacitor has a particularly high reliability against active and passive flammability, has excellent self-regeneration after overvoltage, a high degree of interference suppression due to good attenuation and low ESR. And it can be used at temperatures up to + 110ºC depending on the manufacturer. It is primarily used for class Y2 RFI applications to meet EMC regulations