You are in Home > Products > Cables > Rigid Round Data Cables 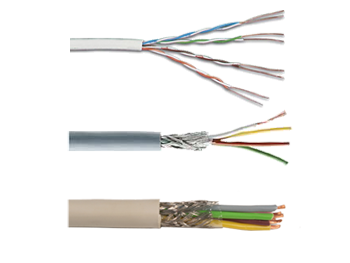 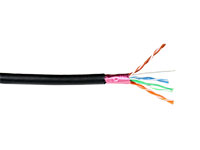 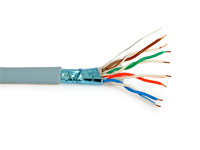 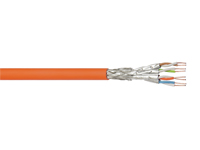 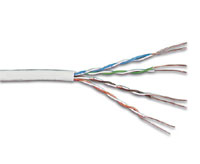 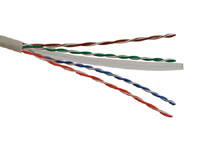 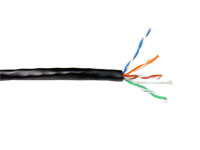 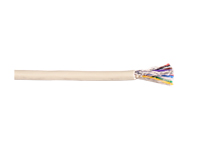 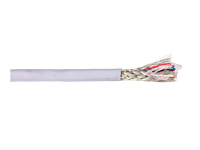 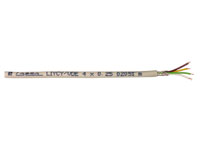 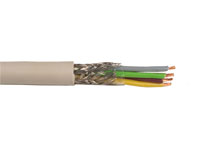 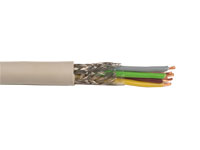 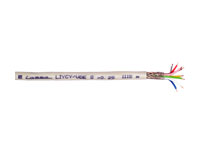 Here we have two clearly differentiated types of cables, the CAT cable and the YCY cable, both for data transmission, but with different characteristics.

The YCY Cable is also a data transmission cable used for RS-232, RS-485 connections. It is also used to connect stepper motors to your controllers since the large screen they have prevents unwanted interference.

CAT cable or twisted pair cable, consists of groups of copper wires twisted into pairs in a helical way, these wires can be shielded or not, it all depends on the cable to be. This is done because two parallel wires make up a simple antenna. When the wires are helically intertwined, the waves are canceled, so the interference produced by them is reduced, which allows better data transmission. To understand a little about CAT we will say that its origin is in telephony. Twisted pairs are classified according to their category. For telephone applications they range from 1 to 4. Cat 1 being the lowest level. While for data transmission in computer networks, Cat 5, Cat 6, Cat 7 are used. The higher the number, the greater the bandwidth, speed, etc. Sometimes lyrics are added to the category that are an improvement over the base category. For example Cat 5e (enhaced) is an improvement of Cat 5. That does not mean that at the beginning of this type of networks when the speeds were not so high, flat Cat 3 telephone cables were used, but that they were quickly discarded because they were not. good enough for the speeds that developed shortly thereafter. In summary, these are the different categories used in computer networks to date:

Category 5 (Cat 5) cable is a twisted pair cable for computer networks. Since 2001, the commonly used variant is the Category 5e (Cat 5e) specification. The standard cable provides performance up to 100 MHz and is suitable for most varieties of Ethernet over twisted pair up to 2.5 GBASE-T but most commonly runs at 1000BASE-T (Gigabit Ethernet) speeds. Cat 5 is also used to carry other signals such as telephone and video.

This cable is commonly connected using perforated blocks and modular connectors. Most Category 5 cables are unshielded and rely on the balanced line twisted pair design and differential signaling for noise rejection

Category 6 (Cat 6) cable is a standardized twisted pair cable for Ethernet and other physical network layers that is compatible with Category 5 / 5e and Category 3 cable standards.

Cat 6 must meet more stringent system noise and crosstalk specifications than Cat 5 and Cat 5e. The cable standard specifies performance up to 250 MHz, compared to 100 MHz for Cat 5 and Cat 5e.

While Category 6 cable has a reduced maximum length of 55 meters (180 feet) when used for 10GBASE-T, Category 6A cable is rated at 500 MHz and has crosstalk characteristics. enhanced, allowing 10GBASE-T to run for the same 100-meter (330 feet) maximum distance as previous Ethernet variants.

Category 7 cables are backward compatible with Class D / Category 5e and Class E / Category 6. They feature even more stringent specifications for crosstalk and system noise than Cat 6. For To achieve this, shielding was added for individual wire pairs and the wire as a whole. Unshielded cables rely on the quality of the twists to protect them from electromagnetic interference. This implies a tight turn and a carefully controlled layout. Cables that are individually shielded per pair, such as Category 7, are primarily based on shielding and therefore have longer twist pairs.

The Category 7 cable standard was ratified in 2002 to allow 10 gigabit Ethernet over 100 m of copper cabling. The cable contains four pairs of twisted copper wires, just like the previous standards. Category 7 cable can be terminated with 8P8C compliant GG45 electrical connectors incorporating the 8P8C standard or with TERA connectors. When combined with GG-45 or TERA connectors, Category 7 cable is rated for transmission frequencies up to 600 MHz. However, in 2008, Category 6A was ratified and allows 10 Gbit / s Ethernet while still being used. the traditional 8P8C connector, which is commonly referred to as "RJ-45", although the use is somewhat confusing: only the original telephone connector is suitable. "RJ-45" ​​and those connectors, while mechanically cross-functional, are not compatible with high-speed digital use. Care is required to avoid signal degradation by mixing cables and connectors that are not designed for that use, however similar they may be. Most manufacturers of active equipment and network cards have chosen to support the 8P8C for their 10 gigabit Ethernet products on copper and not the GG45, ARJ45 or TERA. Therefore, the Category 6 specification was modified to Category A to allow this use; therefore, the products require a Class EA channel (ie Cat 6A ).

However, note that Category 7 is not currently recognized by the TIA / EIA.

Category 8 was ratified by the TR43 working group under ANSI / TIA 568-C.2-1. It is defined up to 2000 MHz and only for distances of 30 to 36 meters, depending on the patch cords used. ISO was expected to endorse the equivalent, but Category 8 is designed only for data centers where distances between switches and servers are short. It is not designed for general office wiring.