You are in CART
Shopping details
You are in Home | Products | Coils, Core, Inductors, Selenoid 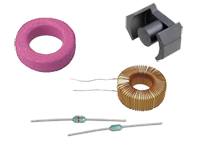 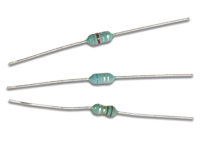 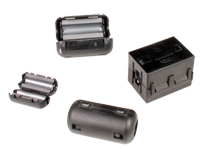 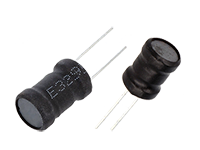 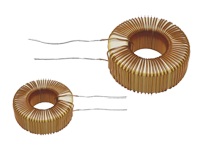 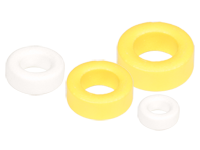 A coil or inductor is an electrical component made up of a wire wound in a spiral that allows energy to be stored in a magnetic field through self-induction. It generally consists of a coil of conductive material, typically insulated copper wire, wrapped around a plastic core (to create an air core inductor) or a ferromagnetic (or ferrimagnetic) material; the latter is called an "iron core" inducer. The high permeability of the ferromagnetic core increases the magnetic field and confines it tightly to the inductor, thus increasing inductance, which is the main characteristic of coils, inductors or chokes and is the relationship between voltage and the rate of change of current. In the International System of Units (SI), the unit of inductance is the Henry (H), named for the 19th century American scientist Joseph Henry.

Inductors have values ​​that usually range between 1 µH (10−6 H) and 20 H. Many inductors have an iron or ferrite magnetic core inside the coil, which serves to increase the magnetic field and therefore the inductance . Along with capacitors and resistors, inductors are one of the three passive linear circuit elements that make up electronic circuits. Inductors are widely used in alternating current (AC) electronic equipment, particularly radio equipment. They are used to block AC while allowing DC to pass through; inductors designed for this purpose are called chokes. They are also used in electronic filters to separate signals of different frequencies, and in combination with capacitors to make tuning circuits, but also in bells, motors, solenoid valves, relays. etc .

Another important parameter in the coils is their quality factor Q: The winding resistance appears as a resistance in series with the inductor; It is known as DCR (DC resistance). This resistance dissipates part of the reactive energy. The quality factor (or Q) of an inductor is the ratio of its inductive reactance to its resistance at a given frequency, and is a measure of its efficiency. The higher the Q factor of the inductor, the closer it will be to the behavior of an ideal inductor. High Q inductors are used with capacitors to make resonant circuits in radio transmitters and receivers. The higher the Q, the narrower the bandwidth of the resonant circuit.

Low-frequency inductors are built like transformers, with rolled electrical steel cores to avoid eddy currents. 'Soft' ferrites are widely used for cores above audio frequencies, as they do not cause the large energy losses at high frequencies that ordinary iron alloys do. Inductors come in many forms. Some inductors have an adjustable core, allowing the inductance to be changed. Inductors that are used to block very high frequencies are sometimes made by placing a ferrite bead on a wire.

Small inductors can be drawn directly onto a printed circuit board by placing the trace in a spiral pattern. It is very typical in RFID signal transceivers, signal transponders, etc.